Nobody wants to lose their best friend — and yet that’s exactly what happens to many pet owners when their beloved animals run away, get lost, or become separated from their neighborhoods in a disaster. You may feel relieved that your pet has a collar ID tag — but what would happen if that tag went missing as well? If you want to give your pet the best possible chance of returning to his home and family, then you need to look into our dog and cat microchipping services here at Pinecrest Veterinary Clinic.

How Microchipping Helps You Find Your Pet 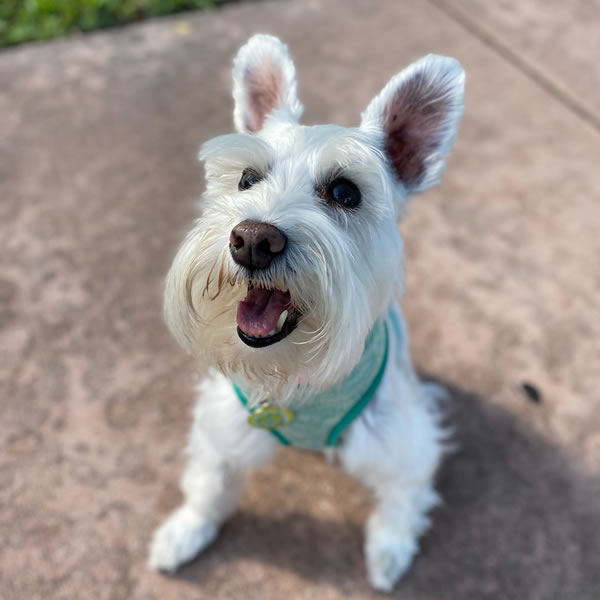 What is microchipping, and how does it help your pet become reunited with you? The microchip itself is a small, passively-powered transceiver with only one critical piece of data inscribed on it — a one-of-a-kind identification number assigned to your pet by the national pet registry associated with the chip. This remarkably simple bit of technology, which can easily function for 25 years or longer, requires no surgery due to its being only about the size of a grain of rice, which means that it can be injected via syringe. This convenient, cost-effective, non-surgical procedure implants the chip just under your pet’s skin, in the shoulder region. When your lost pet is encountered by a shelter employee or other animal worker, a quick scan by an RFID device will trigger the chip to send its data. From there, it’s a simple matter to look up the ID number in the registry so you can be contacted.

Cat and dog microchipping has an impressive record of success in helping animals come home. For instance, cats without microchips are reunited with their owners only 1.8 percent of the time — add a microchip, however, and that number jumps to 38. 5 percent. Microchipped dogs are reunited with their owners more than 52 percent of the time, as opposed to just 21.9 percent for non-microchipped canines. This doesn’t mean that microchipping replaces the trusty collar tag, which is still the first method most individuals would use to identify your pet. But when you think about easily a collar tag can be torn away from a collar, it just makes sense for your pet to have a second, tamper-proof form of identification.

Schedule an Appointment with Your Johnson City Veterinarian

Microchipping is easy to schedule alongside your pet’s routine wellness exam or vaccination regimen, but if he’s not due for those procedures anytime soon, go ahead and schedule it now. You never know what crisis might be lurking around the corner, so the sooner your pet has his permanent ID, the better. (If your pet received a microchip from a previous owner, you still need to update the contact information with the registry.) Call our veterinarian in Johnson City TN at (423) 926-6091 to learn more and to schedule your pet’s microchipping!

© 2020 Pinecrest Veterinary Clinic. Designed & Managed by ViziSites. Terms of Use.